How to Keep Your Identity Protected Online (Infographic)

This Week in Getting Hacked: Don’t Plug in That USB Edition

The Future of Networking 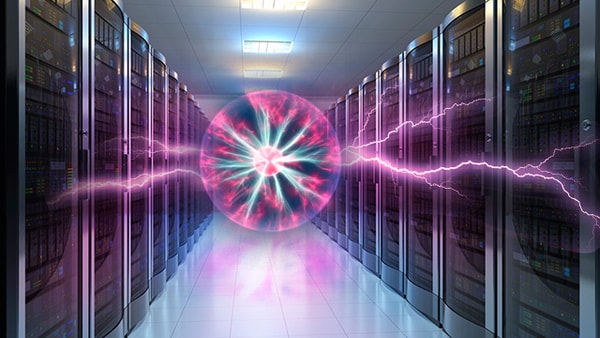 Today’s computer networks are rapidly increasing in size and scope, and engineers constantly have their sights set on the future so they can plan for what’s ahead. Let’s take a look at several things that may soon be commonplace networking concepts, but are still in the nascent stages.

How Open-Source SDNs Will Have Clear Value

In 2011, eBay ventured into the world of software-defined networking (SDN) with a goal of segmenting workloads for easier scaling. More recently, it has begun using an open-source SDN solution. During a panel discussion about the subject, participants stated their belief that open-source SDNs will be seen as increasingly valuable. Specifically, it allows users to learn about the root causes of problems, but not necessarily immediately begin relationships with software vendors.

Why It Should Be Possible to Reuse Wi-Fi Signals

Researchers are looking at ways to reuse existing Wi-Fi signals rather than having to generate new ones. This technology is known as “Passive Wi-Fi,” and it just relies on one powered device generating a signal, instead of two devices producing signals.

Perhaps one of the most intriguing aspects of this emerging technology is that it uses 10,000 times less power than traditional Wi-Fi and could save battery life on your devices, similar to the effect you get when turning Wi-Fi off altogether.

How to Hide Transmitted Messages in Laser Light

Scientists at Purdue University have figured out how to conceal high-speed communications inside laser light. This concept is known as “time cloaking,” and it hides events that have occurred.

At an earlier stage in this engineering project, the engineering team encountered an obstacle because they were initially too successful in hiding the data. In particular, no one could decode it. Later, though, they were able to encode the message for transmission—then the recipient could view it if he or she knew the proper transmission procedure.

Besides allowing authorized parties to view sensitive messages, time cloaking should also make it more difficult for prying eyes to see the information. Eventually, this technology could significantly improve the way we send data across networks.

Why SDNs Are Likely to Emphasize Flexibility

You’ve already learned about how companies, including eBay, have praised open-source SDNs. It’s likely flexibility will be another attribute of the SDNs on the horizon. Dell recently introduced OS10, its SDN operating system that was built with flexibility in mind.

OS10 runs on Linux and lets users break free from tightly integrated stacks and more efficiently make paths across networked systems. Furthermore, it defines infrastructure as code, which allows for communications in a common language across organizations.

Why Verizon Thinks SDNs Will Equip Them to Meet Needs Instantly

Verizon is another example of a company that’s teaming up with network experts to unveil an SDN that’ll be able to achieve better speeds and operational efficiency. Verizon representatives believe the SDN will be a scalable, secure solution for the deployment of cloud networks that can adapt to client needs in real-time.

Analysts suggest that, without SDN technology, Verizon won’t be able to keep up with their competition. That’s especially true because customers are frequently demanding new and better solutions and won’t tolerate outdated telecom technology. In addition to allowing Verizon to deploy new networks, the SDN should also give the company more freedom to consistently pursue innovation efforts.

How Mathematics Could Shed Light on Future Network Problems

A company called Veriflow uses math to explore the various impacts a change could have on a network to help clients prepare for problems before they happen. Veriflow’s technology uses a virtual machine to discover every possible data flow on a network, which then allows network engineers to set policies to prevent potential mishaps. For example, it can detect whether firewalls are correctly implemented to prevent attacks.

Veriflow’s product is already in the lab-testing phase, but should be available to the public in the latter half of the year. Since this innovation uses mathematical algorithms to work efficiently, hopefully it’ll shed light on issues faster than they could have been uncovered if not using Veriflow.

Now you’ve been given insight about numerous networking advancements that might seem foreign now, but could soon become the new norms. As technology continues to evolve, these and other newsworthy events may take center stage and prove networking’s potential is nearly limitless.